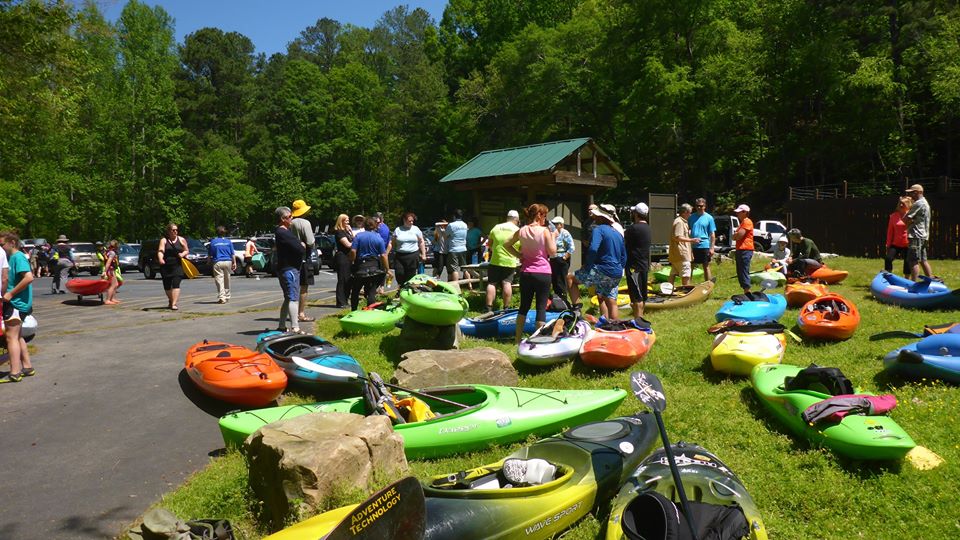 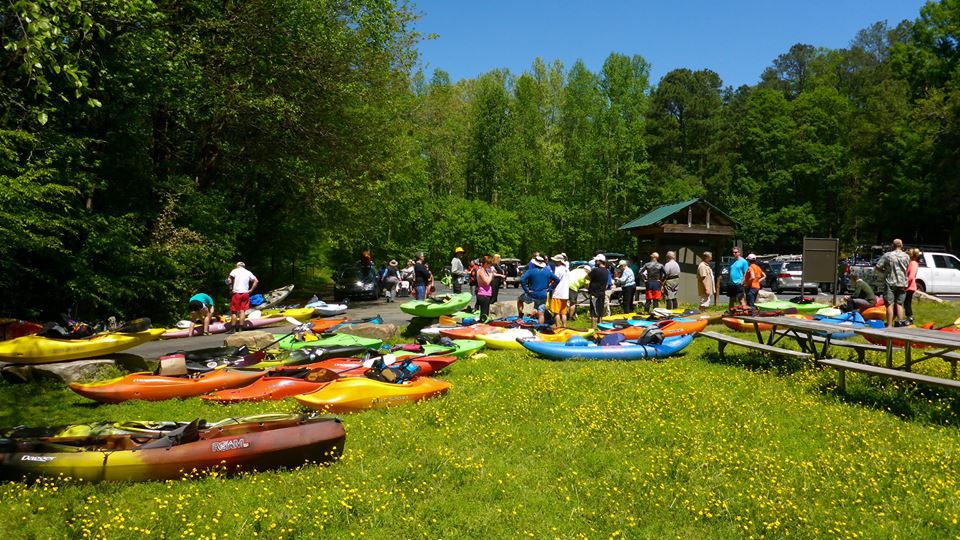 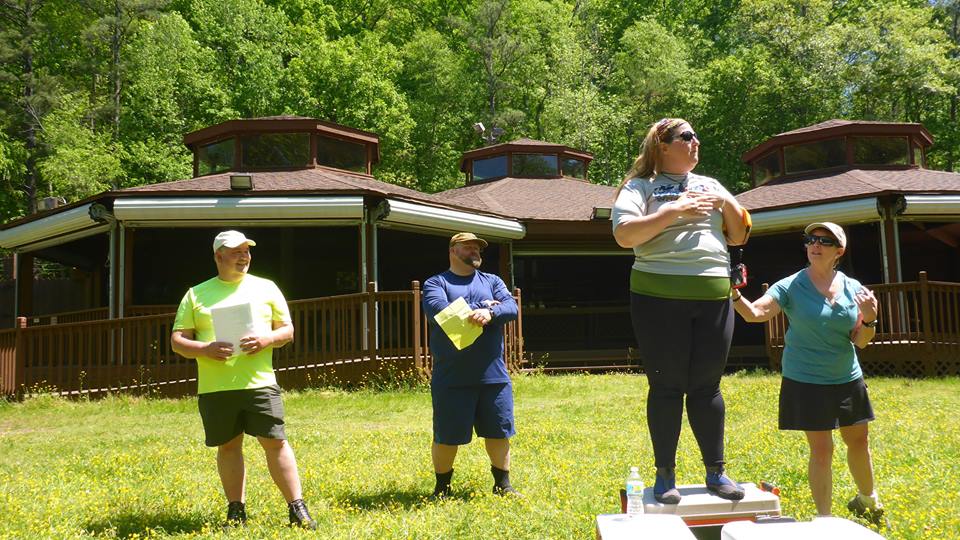 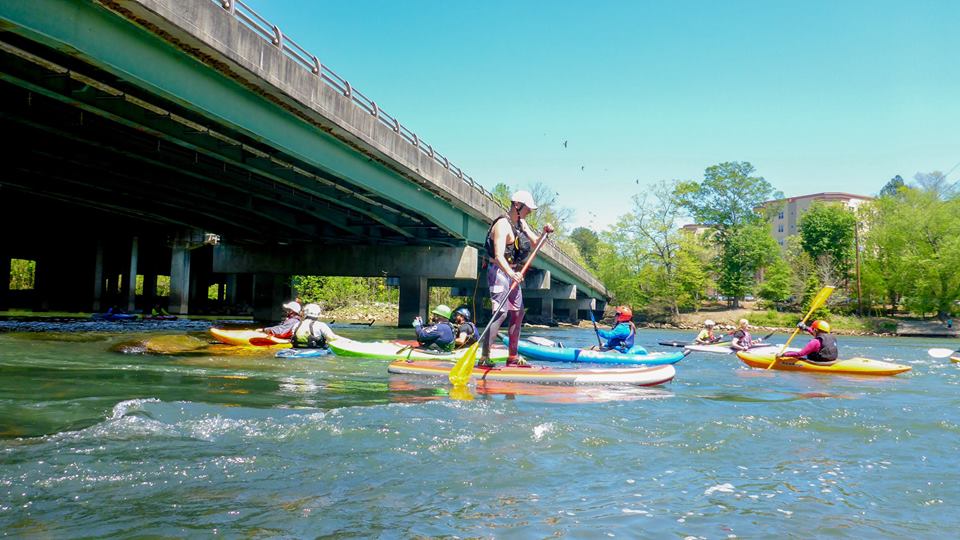 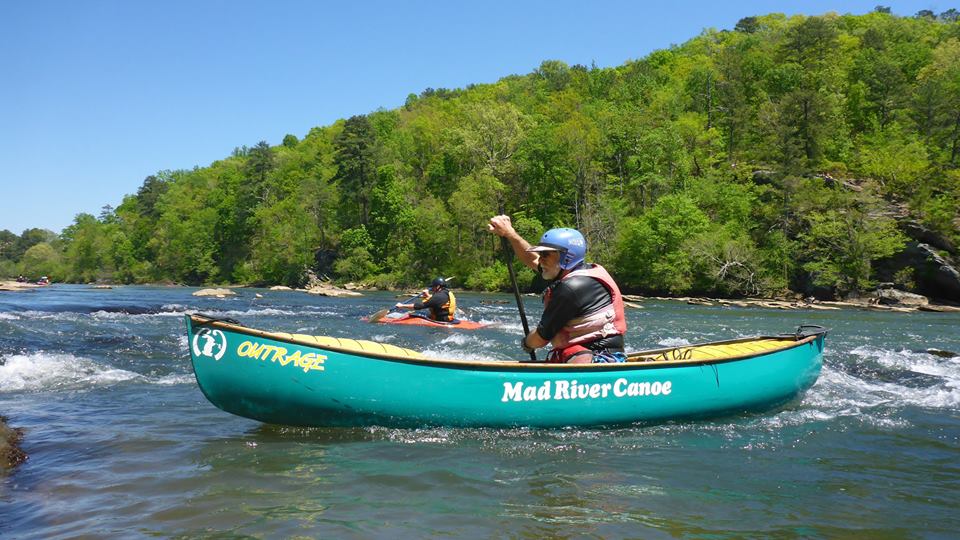 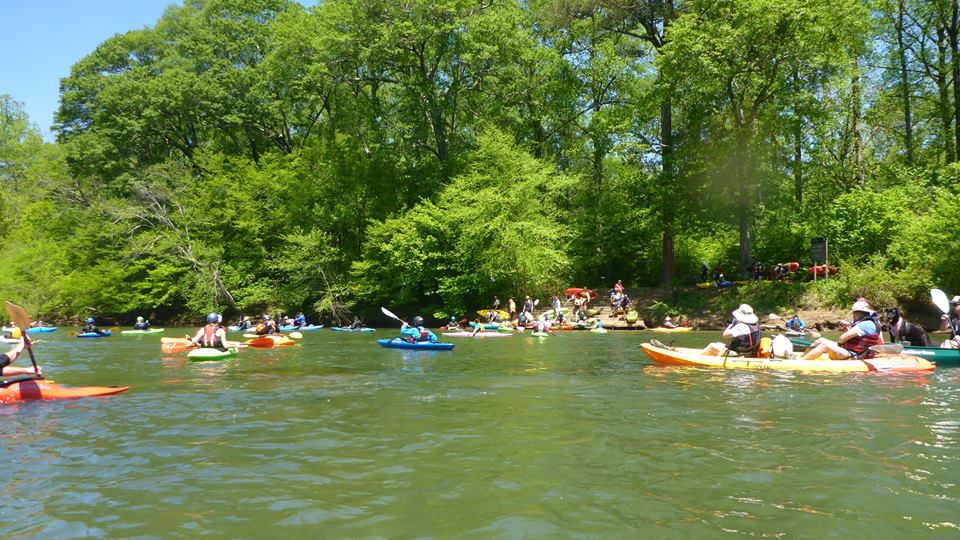 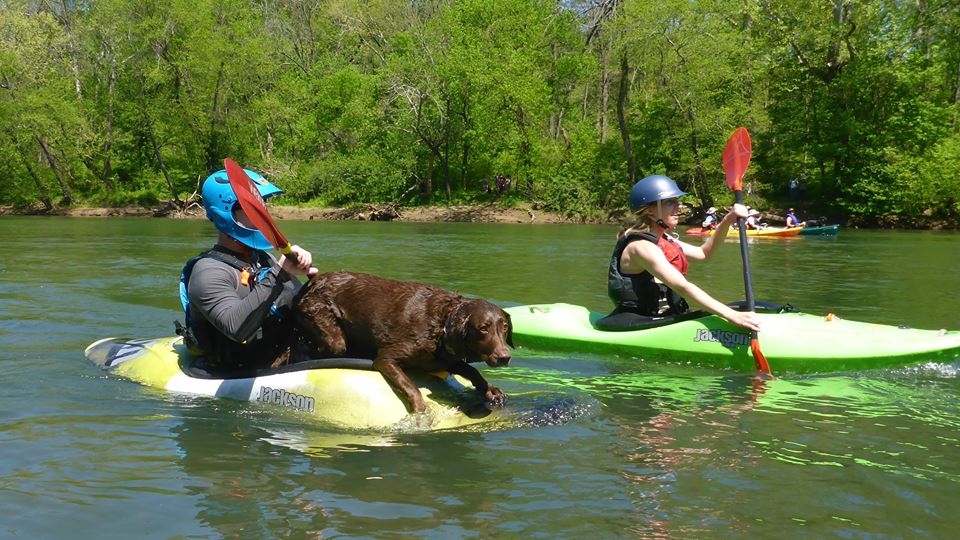 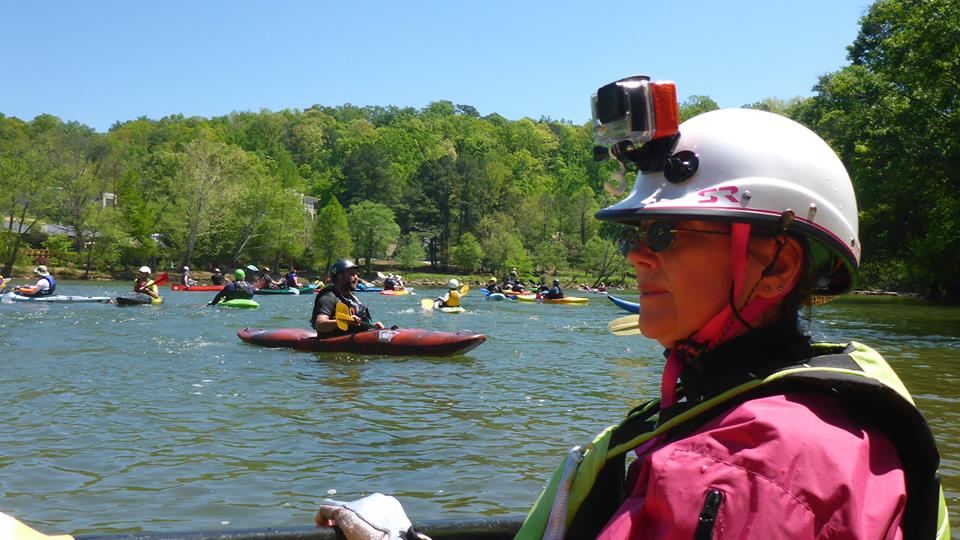 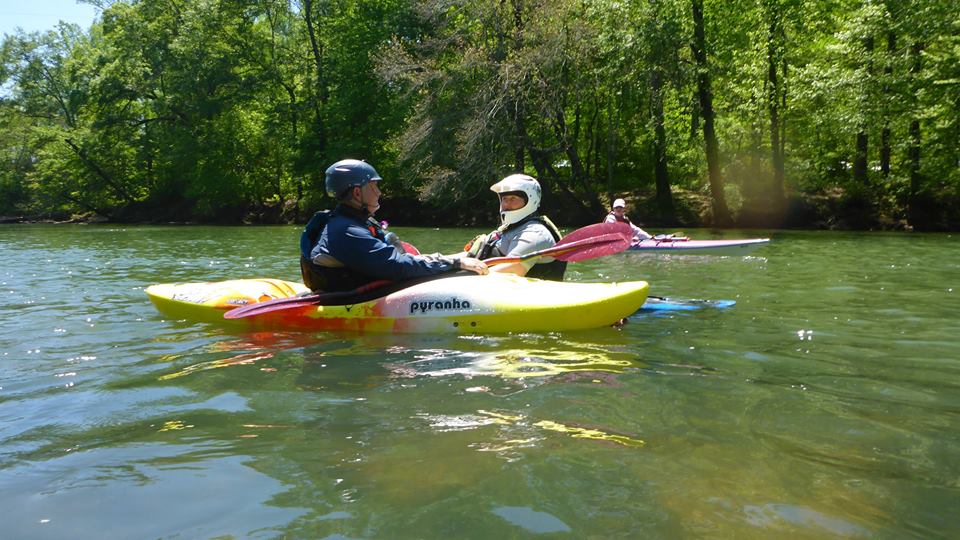 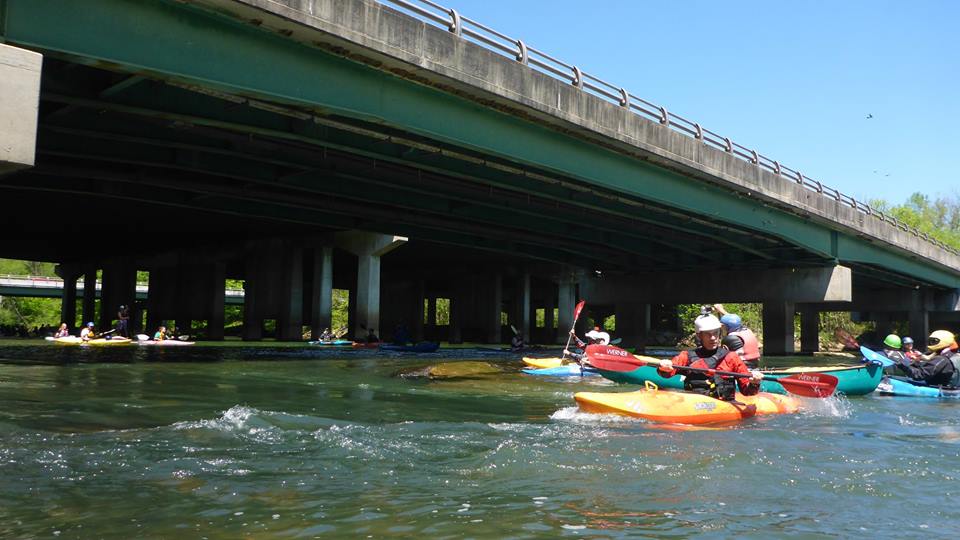 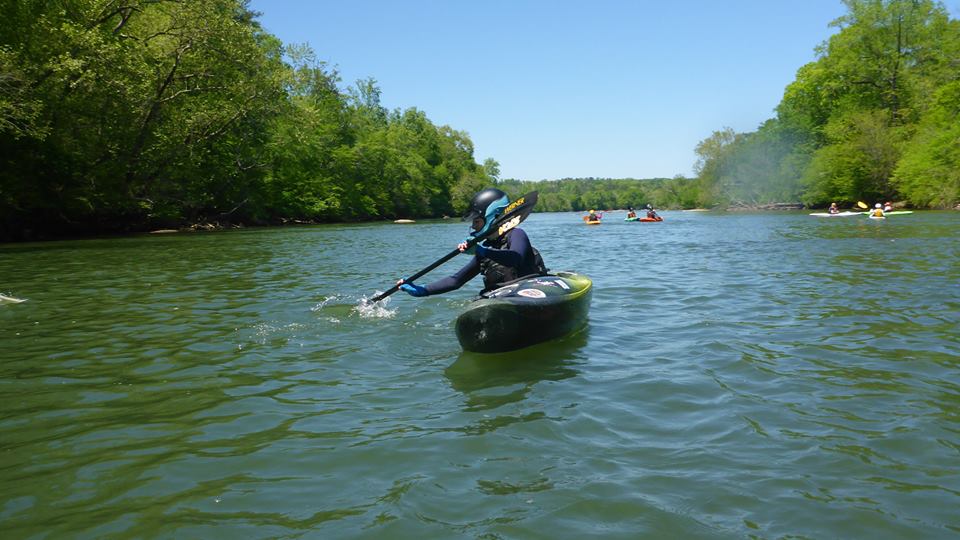 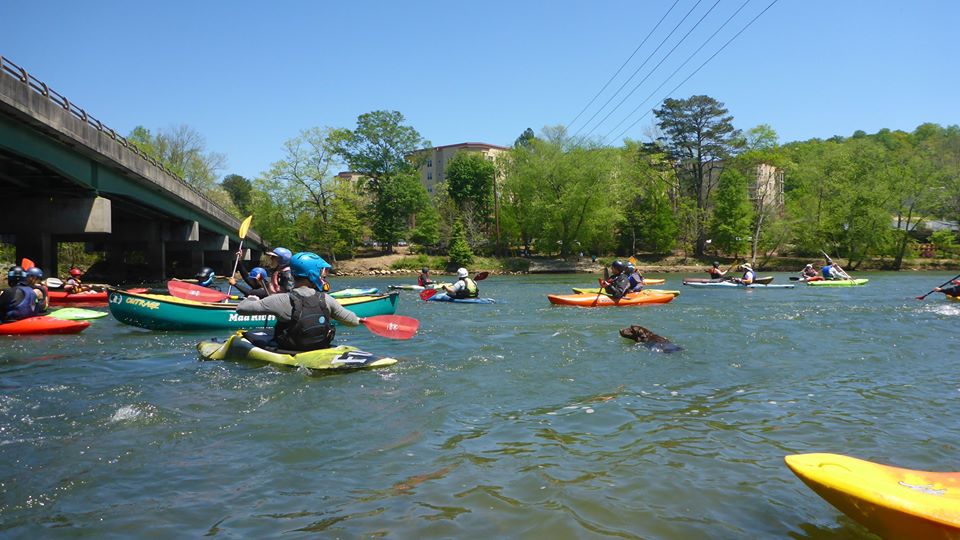 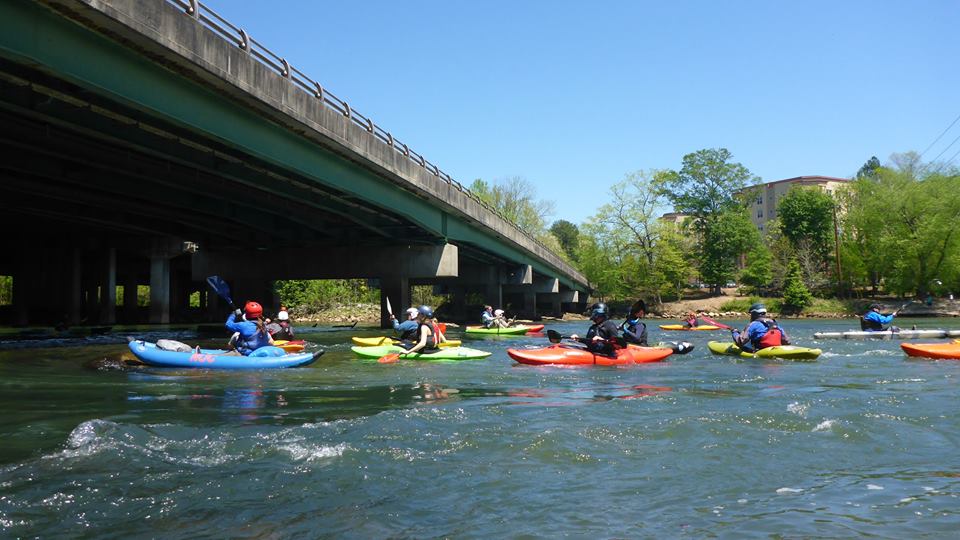 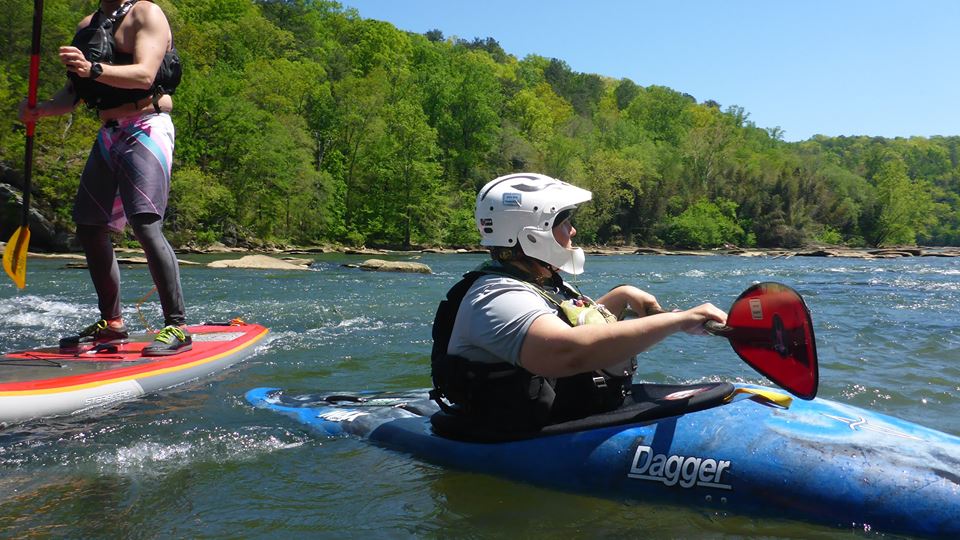 Trip report for GCA Membership paddle Sunday 4/17/2016. We had a fantastic turnout with no less than 61 boats at the put in! Exciting to see so many old friends and so many new paddlers!!! Initially, we met at the Powers Island put in for Pizza provided by the GCA and then held brief meeting. The GCA also provided shuttle through the NOC ( which was brilliant whoever thought of it) as it made that process a breeze.

Given our growth and so many new members Jay Davis spoke about embracing our new paddlers. This was a great refresher as this is one of our primary goals as a club. With full tummy’s we all got ourselves down to the deck and made our way on the river. Perfect day, sunny,mild, water around 1100 cfs and turbidity at 3. Once our armada began down the river it was really something to see. One had to laugh as we made our way down the river as it did attract some attention. Everyone made their way down and enjoyed this perfect day. As many of us know, there is a substantial amount of wildlife on the Metro Hooch. This year is no different. We saw baby Canada geese which were the first for this season for many of us. The Blue Heron are nesting and the swallows are busy with their mud huts and raising young. For all intents and purposes, this was a great day on the river! We paddled, we played and we had a blast.

Given the size of the group, a couple of us decided to do a second lap and sweep. We were kicking and screaming since it was such beautiful weather, but somehow we managed a second lap! Was great to see everyone and paddle with you all.

Don’t forget folks this is the 50th Anniversary for the GCA!!! Jenny Taylor spoke at the meeting to mention a few of the give a ways coming up and the Extravaganza is just around the corner.We look forward to seeing everyone OTR!