Take Action to Protect the Okefenokee 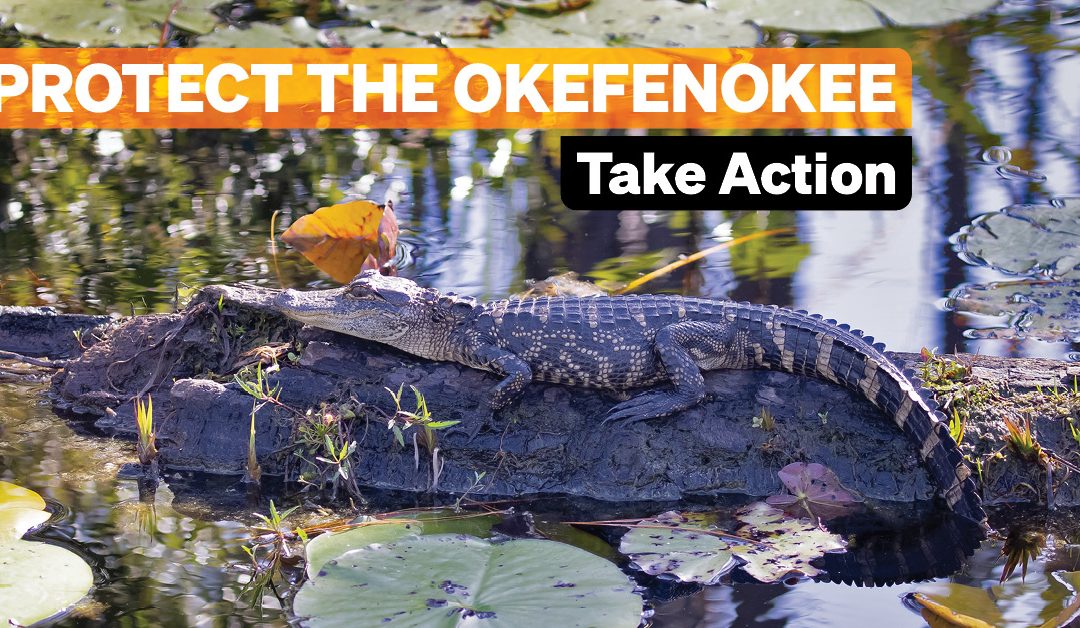 We have seen firsthand what historically happens once a mining company gets a foothold on an initial parcel of land. For decades, mining heavy-mineral sands for profit has continued to expand from Florida into Georgia, destroying critically important wetlands and surrounding land in its wake.

Now, our iconic Okefenokee Swamp—the largest blackwater swamp ecosystem we have left in North America—is at risk of meeting the same fate.

We’ll admit that we’re still scratching our heads over Alabama-based mining company Twin Pines’ proposal to operate a 8,000-acre heavy-mineral-sand strip mine on the Okefenokee’s doorstep because it’s abundantly clear that it’s not worth the risk.

Experts say mining operations will likely impact regional hydrology and release toxic contaminants into nearby surface and groundwater, potentially killing threatened and endangered wildlife and destroying important habitat. We know that even allowing the first phase of the proposed mine to destroy wetlands near the Okefenokee would be devastating to the ecological health of this iconic natural treasure.

The good news is Twin Pines needs five state permits from the Georgia Environmental Protection Division to move forward with its strip mine and EPD decisionmakers are taking the time to hear from you on how they should act.

Tell them they must deny the permits that would allow this destructive project to jeopardize one of our continent’s best assets and the communities and businesses that depend on it.