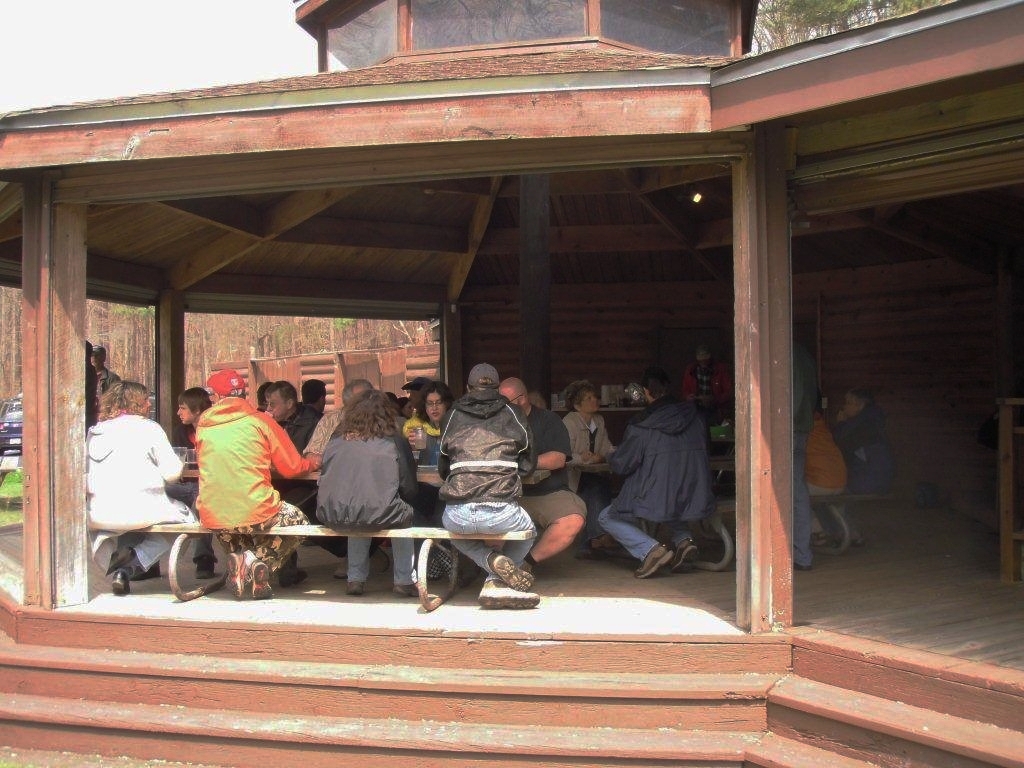 The
weather forecast was for thunderstorms in the area for the Spring
Meeting and to continue the rest of the day. Despite this bleak
forecast, people brought their boats to the Metro Chattahoochee. Most
likely the boats just had not been removed from the day before. I
don’t think anybody had the intention of really paddling.

Roughly
30 people showed up for the lunch. Most were GCA regulars, but we
also had several new folks drop by to check us out. As with most pot
luck dinners like this there was way too much food, but it was good.

After lots of socializing and eating, the low hanging clouds
began to lift. When the sun briefly broke through somebody came up
with the idea, of actually putting our boats in the water. After a
quick shuttle, 11 boats took to the water. This number seemed low
because of all the boats that were left in the parking lot. 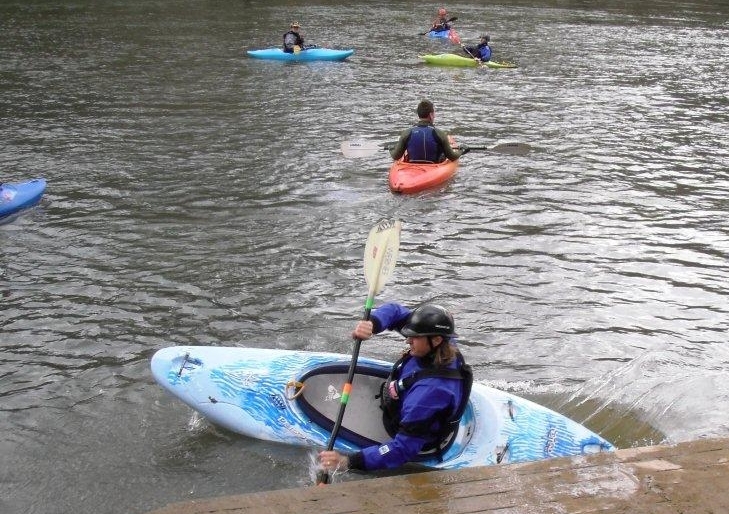 The
predicted storm front hit while we were on the water with strong wind
gusts, but no rain or lightening. It was nice to have been able to
paddle on a day when nobody thought we really were.