Alligator in the Chattahoochee River near Atlanta 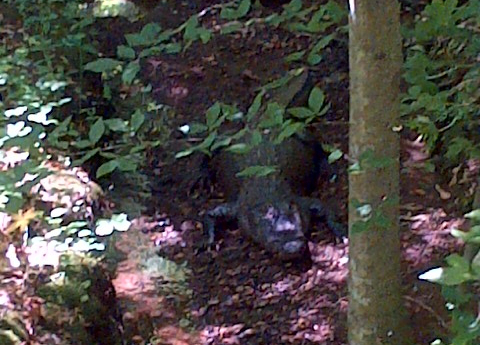 Sightings date back to at least 2007 when the DNR unsucessfully tried to trap it. At that time the alligator was reported to have been 6-8 feet long. The alligator was probably a pet that got too big. For the alligator to grow this big, it would have to be able to survive Atlanta Winters.

The National Park Service has said that it has no plans to remove the alligator at this time.

Alligators do not naturally live North of a line that runs from Columbus to Macon, but have been know to survive in the area when people dump them here. They only feed during the Summer months and prefer smaller animals such as ducks and geese. Alligators do not generally see humans as potential prey, but mistaken identity does result in attacks. 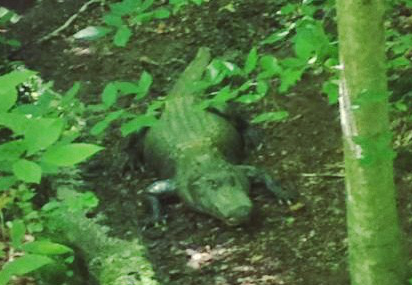 Breeding season for alligators is in the Spring and alligators become more aggressive.

If you have any pictures or recent sightings, please let us know. gcaweb@gmail.com